And what a contest! If you hear something slouching towards Bethlehem, fear not! It’s just that there’s a near-seismic launching of FOUR LEAGUE BOOKS TOMORROW!

And because this is such a big event, and because I’m running ANOTHER BIG EVENT over at the League of Reluctant Adults, YA Week!, I thought I’d run a contest THIS week, here.

In no particular order, here is the prize…

First off, we have Mark Henry’s new release,Â Battle of the Network Zombies!

Next, we have my AMAZING critique partner, Diana Rowland’s, Blood of the Demon! I’ve read this one, it’s HAWT! 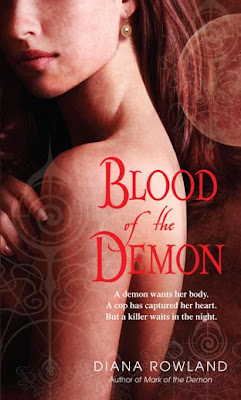 And, finally, last but not least, Anton Strout’s Dead Matter!

All of these novels launch tomorrow, February 23rd. And I’ll send all four books directly to the winner of this contest.

To enter yourself into the running, just answer the following question in comments: “Which would you rather be, a hot, fashionable, zombie socialite; a demon summoner who gets hawt sex with her side of Demon Lord; the actual head of a demon family, who gets to fraternize with other heads of demon families (Greyson! Greyson!); or a super secret, super agent for the Department of Extraordinary Affairs?”

In other words, I think I’m asking would you rather BE the supernatural? Or the human who gets to fraternize with supernaturals?

Answer that question in comments in as much depth as you would like, and that’ll put you in the running to win these four books. I’ll choose a winner FRIDAY February 26th at noon, randomly, and announce the winner here.

In the meantime, you can see me get up to all sorts of shenanigans over at the League. Because it’s YA week! And I have some REALLY GOOD ideas on how I, Nicole Peeler, can enter into the YA world with a bang. Literally.